'Making London a Living Wage City' is a project launched by Citizens UK and Trust for London, to put £635m of wages back into the pockets of low-wage workers in London.

Our vision is simple, we would like everyone in the capital to get the living wage.

Particularly at a time when the cost of living is so high, we must fight together, to ensure everyone can keep the heating on and keep food on the table for their kids.

London Citizens and the Living Wage Foundation are working with the Mayor of London to make London a Living Wage City. Our ambition is to identify low pay sectors and employers and work together to put over £635m back into the pockets of the lowest paid workers in London over the next 4 years.

The project will have an explicit focus on workers from groups who are more likely to experience low pay such as women, young people, migrants, people from ethnic minorities, and those with disabilities. 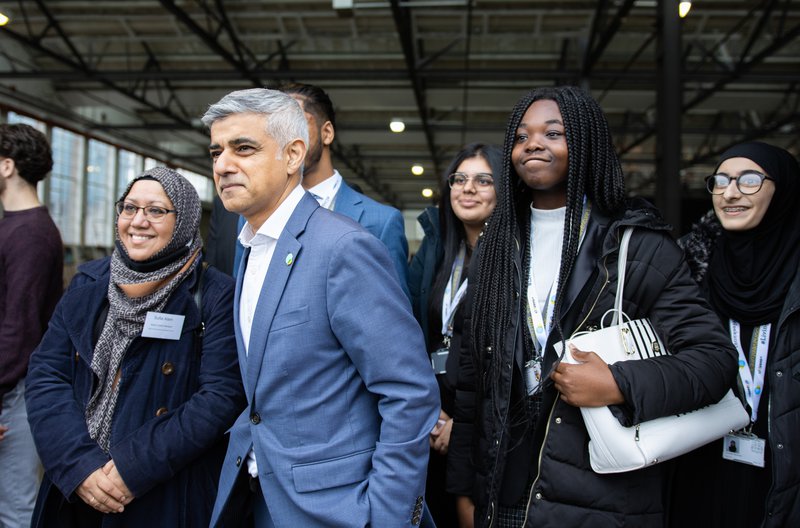 During the event, we heard a testimony from a Y11 student...who spoke about the difference that him, his mum and family are experiencing now that his mum has moved onto a Living Wage job after being paid the minimum wage for many years as a cleaner. She takes more pride in her work and can afford to buy essentials such as more food and a desk for her kids at home. The student spoke about how he is now able to spend more quality time with his mum as she doesn't have to work as many hours as before and how his school work has improved now that he has a desk at home to do his homework and revision. A North London Citizens Community Organiser describing testimony heard during a listening assembly on the Real Living Wage

Trust for London has released new reports on several low pay indicators from London's Poverty Profile. These contain information on:

In 2007, Trust for London invested close to £1m in the Living Wage campaign as part of a 4-year Special Initiative. That £1m generated a £100m social impact of pay increases for people on low incomes. The Special Initiative also enabled the creation of the Living Wage Foundation, which now 10 years on, has brought the total impact of the campaign up to £1.3bn of increased wages (around 45% of this in London, and not counting the additional impact created through the Government’s increased minimum wage). There is an opportunity to create a second step change in the impact of this campaign through ‘Making London a Living Wage City’.

Trust for London funding will boost Citizens UK’s capacity to organise workers and communities; engage and accredit employers to pay the real Living Wage; and further build the profile and support for their biggest campaign.

About Trust for London

Trust for London is an independent charitable foundation tackling poverty and inequality in London. Trust For London focuses on funding voluntary and charity groups and awards around £10 million in grants yearly, supporting up to 300 organisations at any one time. The Trust also funds independent research and provides knowledge and expertise on London’s social issues to policymakers and journalists.

About the Living Wage Foundation

Launched by Citizens UK in 2001, the Living Wage campaign has won over £1.3 billion of additional wages, lifting over 260,000 people out of working poverty. The Foundation is our organisation at the heart of the independent movement of businesses and people that campaign for the idea that a hard day’s work deserves a fair day’s pay.