Sponsor Refugees support communities to resettle refugee families to their local neighbourhood and support them to build a new life in the UK.

We are asking communities to welcome refugee families through the Community Sponsorship scheme. We can support you throughout the journey.

Refugee resettlement has been suspended since March 2020 due to Covid-19 with no clear timeframe to restart. We are calling on the UK Government to urgently resume resettlement flights.

The current UK Resettlement scheme is due to end in 2021. We are calling on UK Government to commit to a resettlement programme welcoming at least 5,000 refugees a year.

At the height of the Syrian refugee crisis in September 2015, following the public outrage at images of Alan Kurdi washed up on the shores of Turkey, Citizens UK called for the introduction of sponsorship of refugees. This was based on the Canadian model of community sponsorship.

Just weeks later, the then Home Secretary, Theresa May, announced that the Home Office would look at the idea.

Citizens UK then became one of the leading civil society partners helping the Government to design and produce the community sponsorship scheme. This was launched in July 2016.

Citizens UK Foundation for Community Sponsorship of Refugees (a.k.a. Sponsor Refugees) was established in October 2017 – and has been working to promote the scheme and to support pioneer groups to become sponsors ever since.

In March 2020, as the UK went into lockdown due to the Covid-19 pandemic, refugee resettlement scheme was suspended. However, as international travel opened up, resettlement flights are still on hold. Our leaders are campaigning for this to re-open at the soonest possible point.

As one of the first community sponsors in the UK, I can confirm that the experience has been completely transformative for my community. It gave us the opportunity to do something hopeful when we weren’t sure how to help and it has brought together different elements in our community in extraordinary ways. Whatever we have given has been returned ten-fold by the most remarkable, inspirational and resilient family I have ever met. Major Nick Coke from Raynes Park Community Church in South West London

We came from Lebanon to the UK. The sponsor was waiting for us at the airport. They are very nice people and I can’t forget how they have helped me. I now work in a hospital. My job is a housekeeper. I love my job. I have many friends there. I love everything in Wales: the parks, the shops, the people. I would like to stay in the UK forever. Khaled, who is originally from Raqqa in Syria, an area that was once controlled by ISI

The Prime Minister believes community sponsorship presents communities with a great opportunity to help vulnerable refugees rebuild their lives I the UK, and the efforts of the NGO community and all parts of civil society to support the scheme are vital in ensuring its success. The Prime Minister at the time of the creation of Sponsor Refugees in 2017, Theresa May 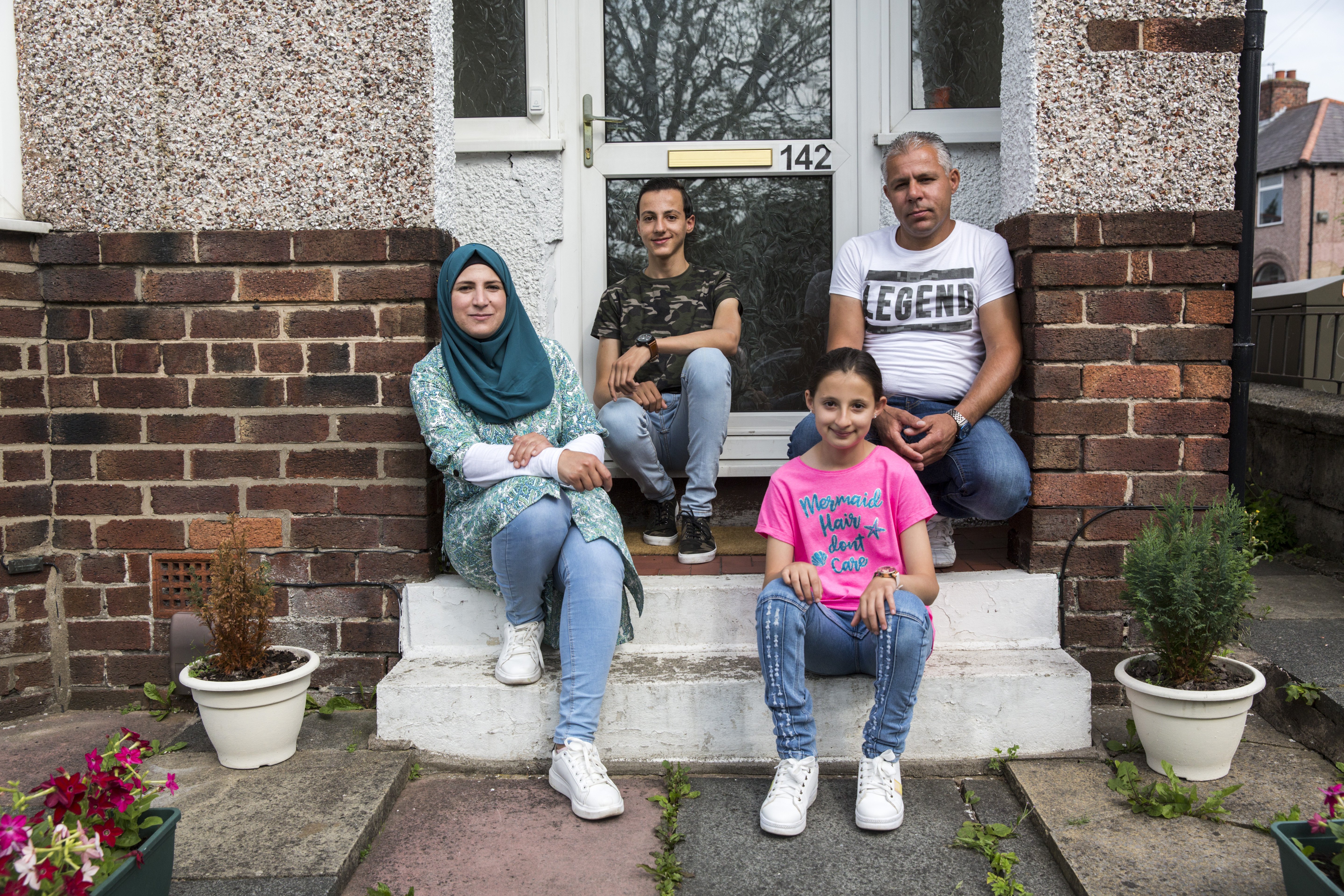 Bring a family to safety through Community Sponsorship . The Community Sponsorship scheme gives you the power to directly welcome a vulnerable refugee family to your community. It is a safe and legal route for refugees to escape conflict. Although resettlement flights are currently suspended, you can take action now to ensure you are ready to welcome a family as soon as flights restart.

Contact us today to take the first step: communitysponsorship@citizensuk.org