We've won our national campaign to recognise misogyny as a hate crime!

On the 17th March 2021, Government made the historic decision of instructing all police forces to record misogyny as a hate crime. 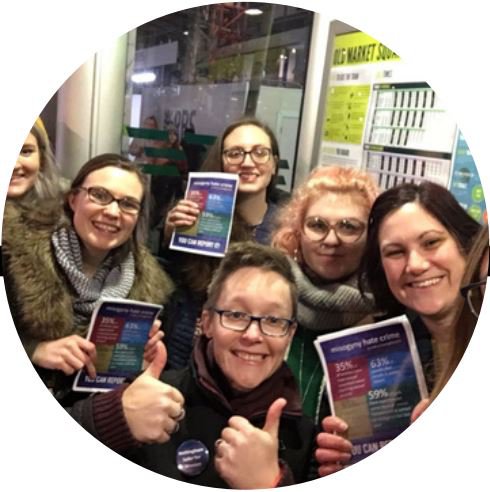 This victory started with us in Nottingham and our 2015 'No Place for Hate' peer-led research into hate crime which listened to the experiences of over 1000 Nottingham people. Owning much to the courage and tenacity of leaders like Mel Jeffs and Zaimal Azad, and

driven forward by Nottingham Women's Centre, in 2016 Nottinghamshire constabulary became the first force in the UK to record misogyny as a hate crime.

The government's decision last month represents a huge victory for the thousands of Citizens leaders that picked up the baton from Nottingham and led this work forward over the last 5 years. And it’s a big step forward in the campaign to keep women and girls safer because:

For an excellent overview of what misogyny hate crime is, what is isn't, and what's next, check out this excellent 2-page explainer HERE

None of this would have happened without the courage of women and girls speaking up about traumatic experiences and turning that private pain into a powerful public call for change.

If you're not yet, then you're invited. The bigger and broader we are as a collective, the more power we have to make change on issues that matter to Nottingham people. Drop us a message to arrange a conversation with an organiser or leadership group member. We're currently taking action on mental health, structural racism and low-paid and insecure work.