London Living Wage increases to £11.95 as cost of living rises

London Living Wage increases to £11.95 as cost of living rises

This year’s Living Wage rates have been brought forward in recognition of the sharp increase in living costs over the past year.

The real Living Wage rates remain the only wage rates independently calculated based on what people need to live on. This year the rate increased by 10% in the UK and 8% in London, more than ever in the Living Wage Foundation’s 11-year history reflecting sharp increases in living costs.

New research from the Cardiff Business School shows that Living Wage workers have benefitted from more than £2bn in extra wages since the pandemic began, with one in 10 workers now working for an accredited Living Wage Employer.

In the rest of the UK, a full-time worker on the new real Living Wage rate would earn an additional £2730.00 a year compared to a worker on the current NLW and £1950 more than a worker on next year’s NLW.

The Living Wage movement continues to grow in London

They join half of the FTSE 100 companies, household names like Aviva, Burberry and Lush as well as thousands of small businesses, who are choosing to pay the real Living Wage to provide workers and families with greater security and stability.

There are 4.8m workers paid less than the real Living Wage and 700,000 are in the capital. 17.2% of all workers in London earn below the London Living Wage. Research published last week by the Living Wage Foundation found that over the past 6 months more workers are skipping meals and using food banks than ever before.

Since 2021, communities, employers and key figures in the city have been working together to make London a Living Wage City and grow the number of people benefiting from the London Living Wage in the capital. The 'Making London a Living Wage City' project was launched by Citizens UK and Trust for London, to put £635m of wages back into the pockets of low-paid Londoners. The Steering Group for the project is made up of a coalition of civil society, business and public organisations, with co-chairs including Mayor of London Sadiq Khan, Rt Revd and Rt Hon Dame Sarah Mullally DBE, Bishop of London, and Anna Purchas, London Office Senior Partner at KPMG. 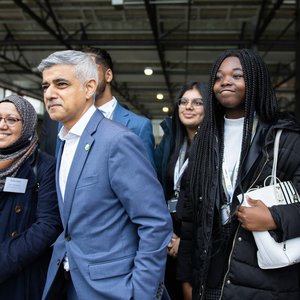 This new London Living Wage is a floor we are encouraging all London employers to sign up to as the basic minimum during this extremely difficult time for many Londoners. Those employers understand that paying the London Living Wage helps employees whilst increasing the productivity of their businesses and organisations as a whole. I’ll continue to do all I can to support lower paid Londoners as we seek to build a better, fairer London for everyone and make London a Living Wage City. Mayor of London, Sadiq Khan 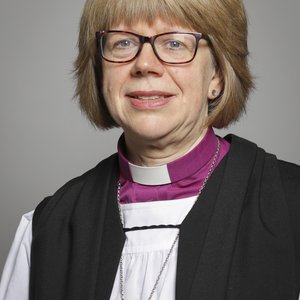 How can someone be expected to replace a broken fridge or buy a new school uniform when you’re already skipping meals to save money? Everyone deserves a real Living Wage that meets their everyday needs. Today’s increase in the London Living Wage will make a massive difference to thousands of workers across the capital. Rt Revd and Rt Hon Dame Sarah Mullally DBE, Bishop of London and Co-Chair of the Making a Living Wage Steering Group

I’m 21 and with the current economic environment, working for a business with the living wage accreditation is very important as I feel more secure. We have guaranteed scheduled working hours alongside the real living wage and we get bonuses and tips on top. They provide everything I need - pensions, paid annual leave, sick pay, insurance, protective equipment and electric delivery vehicles. I enjoy the positive environment within the workspace with a diverse team and try to keep our customers satisfied having completed almost a thousand orders since I started. Ibrahim Hassan Ali, working for Getir’s Brixton store since June and earns the London Living Wage