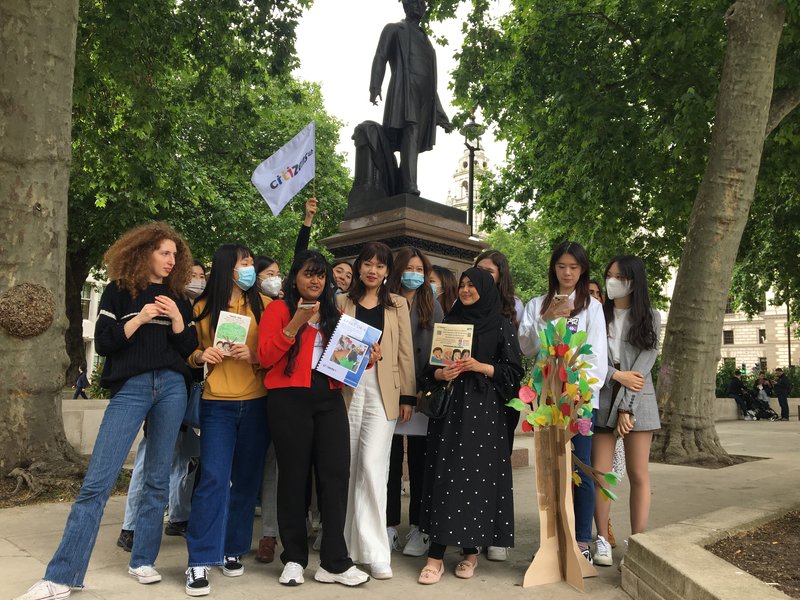 How did it begin?

Citizens UK became involved with the free school meals campaign in 2019. Leaders from our London Citizens’ member institutions and UCL’s Faculty of Education decided to begin a listening campaign and started speaking to children, parents and teachers with experience of having NRPF across member schools. These findings informed a report written by the students with recommendations to the Department of Education.

Off the back of this, Lewisham Refugee and Migrant Network, St Mary’s Primary School and Cllr Kevin Bonavia won a commitment from Lewisham Council to that every child that no child will be denied free school meals because of their parents’ immigration status.

When the pandemic hit, our members redoubled their efforts and built pressure through other channels such as Marcus Rashford’s campaign. The Government then announced that children whose parents had NRPF could temporarily access free school meals.

The work continued: Praxis and RAMP held a cross-party parliamentary briefing with St Mary’s Primary School to make the case that children shouldn’t ever be denied free school meals because their parents have NRPF.

In March 2022, Will Quince MP announced that the temporary change to enable children whose parents have NRPF would be made permanent.

What does this mean?

As well as accessing free school meals, this also means that schools can receive a more accurate pupil premium for those children, which is funding to improve education outcomes for disadvantaged pupils in schools in England. *Schools receive pupil premium for the number of pupils they have with higher needs, with free school meals being an indicator of this. As children whose parents have NRPF were not previously eligible for free school meals, there were many schools that missed out the funding they were entitled to.

The win provides food to up to 250,000 children and tens of millions of pounds in extra funding to schools each year.

Celebration and looking ahead

On 9 June 2022, students from UCL working with Citizens UK ran a collective action at Parliament Square in Westminster to celebrate this win and launch the UCL students’ new action research report – Apart or A Part: Social Justice and Support for Non-Citizens in Schools Across London. They were joined by pupils and teachers from Surrey Square Primary School in Southwark. 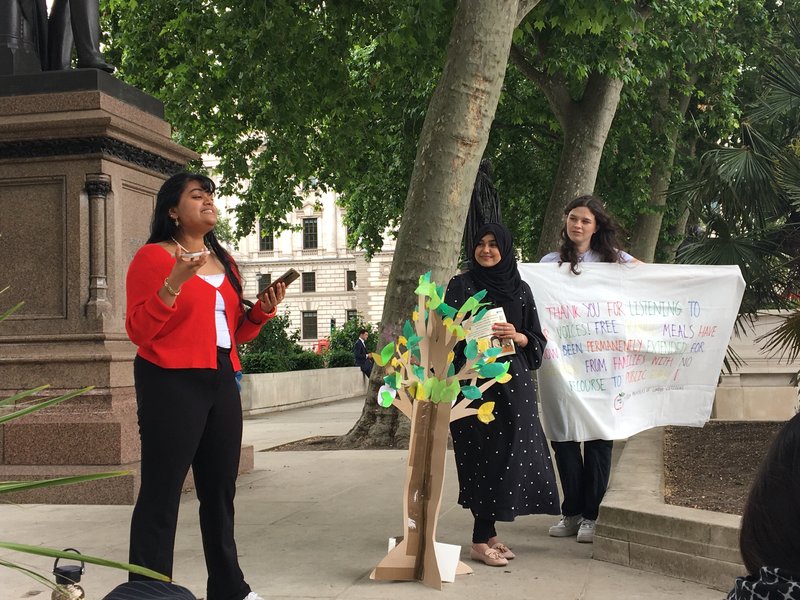 The reports addresses the question: How can schools effectively support the needs and interests of non-citizen children and their families?

Profiling six schools in London that are all partners of Citizens UK, the report identifies the following key themes:

After the action, the UCL students and Surrey Square pupils walked to the Department for Education, where they gave their report along with a thank you letter for the new free school meals and pupil premium policy to the office of Will Quince, UK Minister for Children and Families.

Read about our other wins