Winning a safer journey to school

Winning a safer journey to school 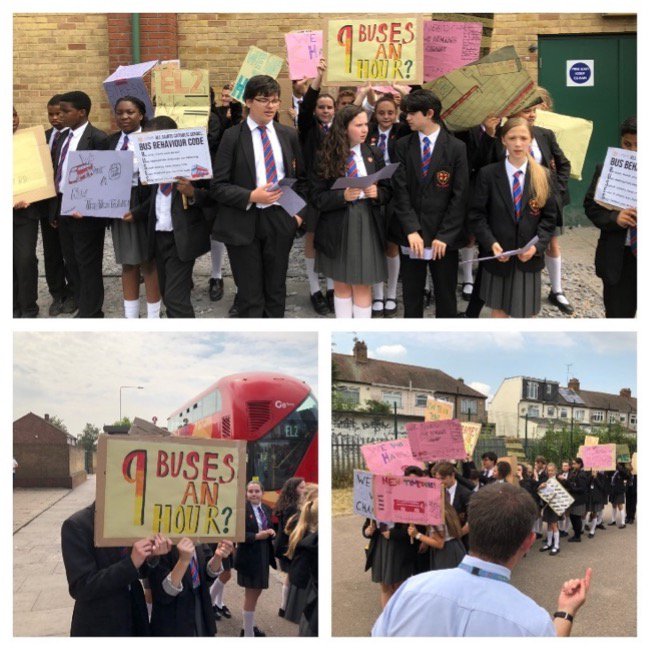 In 2019, the School Council at All Saints Catholic Secondary School in Dagenham led a listening campaign to identify issues of common concern. 400 students participated and identified local bus services and road safety outside their school as issues they cared about.

Students highlighted a number of issues that made them feel unsafe when travelling to and from school. The bus countdown timers didn’t work, buses ran late, and drivers would see them running for the bus and would not wait for them.

Major shortages of buses on the route led to over-crowding at bus stops, especially at after school time. During the winter months – when it gets dark early ­– this made students feel unsafe.

In addition to this, a road crossing on one of two main bus-stops used by students was very dangerous – the ‘green man’ timer was not long enough to allow large groups of students to cross safely. Furthermore, railings to prevent students from crossing the road away from the traffic lights didn’t go far enough along the road.

The students made a plan to set out to investigate the issues further through a neighbourhood walk. A survey was also carried out which highlighted that students mostly used Route 105: a route that had a bus shortage and was over-crowded.

Teachers became involved too as Senior staff work on duty at three bus stops near the school to ensure students’ safety.

The School Council began to create a plan to make students safer on their journey to school. To help build a stronger relationship between the students and the drivers, they created a Bus Behaviour Code poster which was shared at Year Group Assemblies. Students committed to following the Bus Behaviour Code for one term, to begin with.

Through following the Behaviour code, students succeeded in changing relationships with the bus drivers. 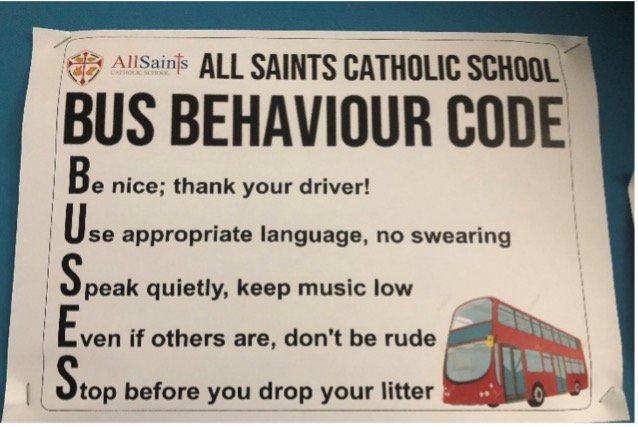 Using photos gathered by the road crossing team during the neighbourhood walk and testimony from the bus team about the impact of the Bus Behaviour Code, the School Council created a video-letter to Transport for London and the Local Authority, inviting them for a meeting at the school.

They also wrote to their local Councillors and their MP, to ask for their support. In a very tense meeting in the Head Teacher’s office, TfL officials agreed to a 6-week deadline to carry out further investigations.

In a huge win, All Saints School won additional bus services on Route 105, a win estimated at £1m per year! They also won a redesign of the railings and other road safety measures to avoid over-crowding at the bus stops used by the majority of students, working with a local Public Realm professional to design these measures.

The electronic bus countdown timers were repaired, and to the delight of the students and staff, the ‘green man’ timer on the dangerous road crossing was increased by 10 seconds!