How a creative community campaign lifted thousands out of poverty pay 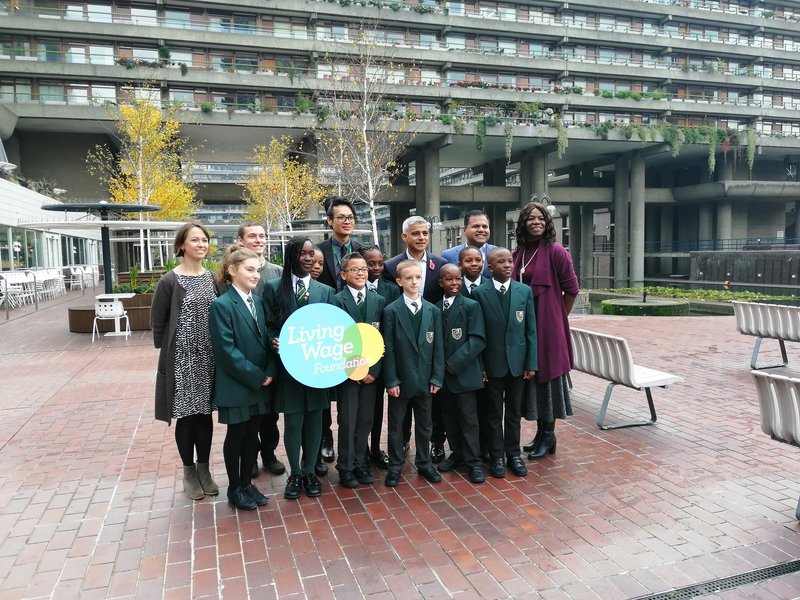 Where did it begin?

The Living Wage Movement began at meetings in east London, and it is now one of the most successful campaigns at Citizens UK which has since put over £1.3 billion in the pockets of low-paid workers.

But the issue of poverty pay still affects many communities that work in the areas the campaign first started in. Newham has the highest number of low paid workers in London, with almost 40% of people earning less than the Living Wage.

Taking action for a fairer pay

A group of cleaners, teachers, a nun and a local priest gathered together to form an action team. They decided they didn’t want people in their community to feel ashamed of low-pay—instead, they wanted them to feel empowered to take action and know their voice matters.

They worked through an anchor school, St Antony’s Catholic Primary School, who found out through research that almost half of the parents in the school and neighbouring church community earned less than the Living Wage.

In reality, this meant children missing out on birthday gifts, small luxuries and school trips, and families of up to seven people living in a one-bedroom flat without the money to afford to move out.

The action team wanted to be ambitious and genuinely tackle low wages in the area, so they created a map of the biggest employers in the borough and worked out who the key people in charge were.

The action team identified London City Airport as an employer to target, who at the time employed over 5,000 local people. They knew once they started to convince some of the employers, others would soon follow.

The teachers wanted to use the school’s strengths and the children’s talents to make change, so they got creative and wrote songs calling for a Real Living Wage. They planned an audacious performance outside the airport on a busy Monday morning, and wrote to the airport to let them know what they were coming and would invite the press.

Within minutes, airport executives – who were keen to not have 30 children singing songs about the Living wage outside their airport – got on the phone and asked to meet instead. After a week of deliberation, the action team agreed.

Students dressed in their smartest uniform and embarked on their school trip to convince the airport to adopt the Real Living Wage.

The children sat in the boardroom opposite the airport executives and nervously began to share their stories. Then one student Aliyah* put down her script and spoke from her heart about the challenges in her family because of low wages. The executives agreed to review their contracts with staff and third-party contractors.

The airport soon decided to become accredited as a Living Wage Employer and that they would ensure all their staff and third-party contractors were paid enough to live comfortably on.

This was a wage rise for around 200 workers, and the airport credited the children and action team for their work in the press release. The airport then became a champion of the Living Wage by encouraging other local businesses to become Living Wage Employers.

Building on a big win

The campaign didn’t stop there! The action team set up meetings with the nation’s biggest sugar corporation, Tate and Lyle Sugars. They once again gathered stories of how low wages in the Royal Docks used to affect people and matched them up with stories of families from today.

Nine months after their first meeting, Tate and Lyle joined the list of employers committed to paying a Real Living Wage in the borough.

With two of the biggest employers in the borough now paying the Living Wage, the team are now focusing on building a Living Wage Place in the Royal Docks neighbourhood to ensure the other employers follow suit. Altogether, the added money moved to workers pockets over 5 years is set to be over £14 million.

If you want to set up your own campaign team to organise for a Living wage in your neighbourhood, please speak to your local organiser about how you can get started.

*Not her real name.