Three-year study of our work putting people in the lead delivers increased trust, confidence and engagement in democracy and society

Three-year study of our work putting people in the lead delivers increased trust, confidence and engagement in democracy and society

Polling undertaken by Citizens UK has found that 25% of adults volunteered in the community during the Covid-19 pandemic. We are today (November 2, 2020) publishing a report analysing how Community Organising has been used to increase civic leadership, participation and people’s power to make change in 10 areas across England over the last three years. 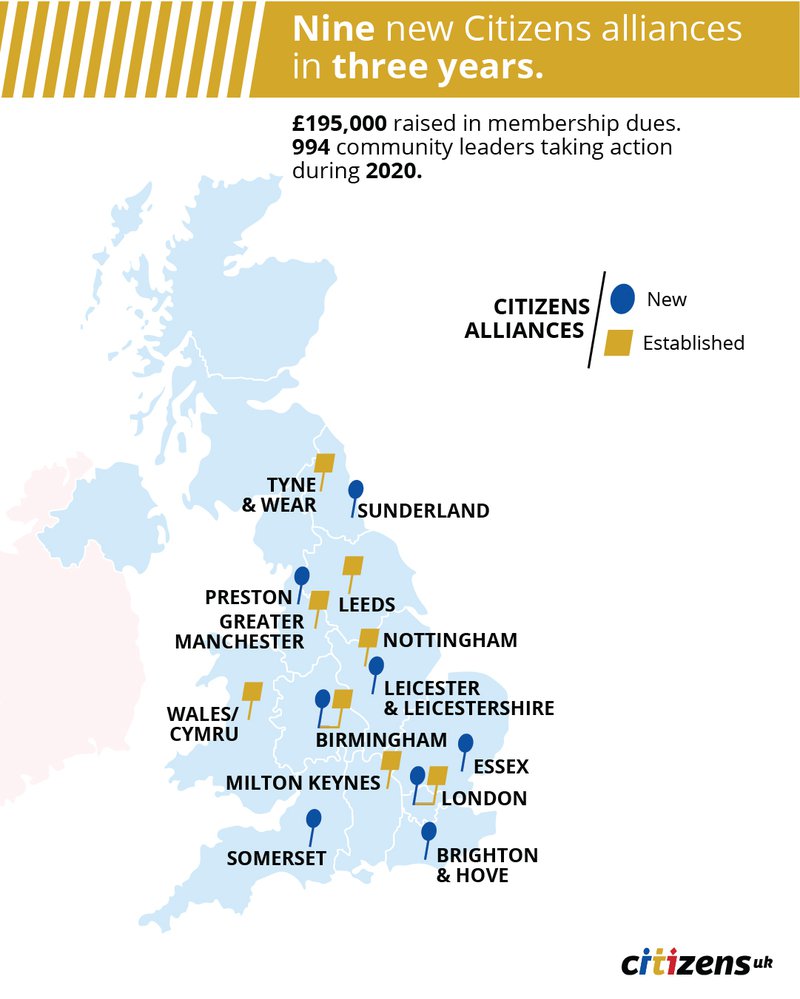 In 2017, Citizens UK secured funding from The National Lottery Community Fund to build the capacity of people in socioeconomically disadvantaged areas that also had low civic engagement. Ten areas were identified.

This work was culminated in a report published today – Reweaving the fabric of society . The report finds that across the ten areas and over three years: 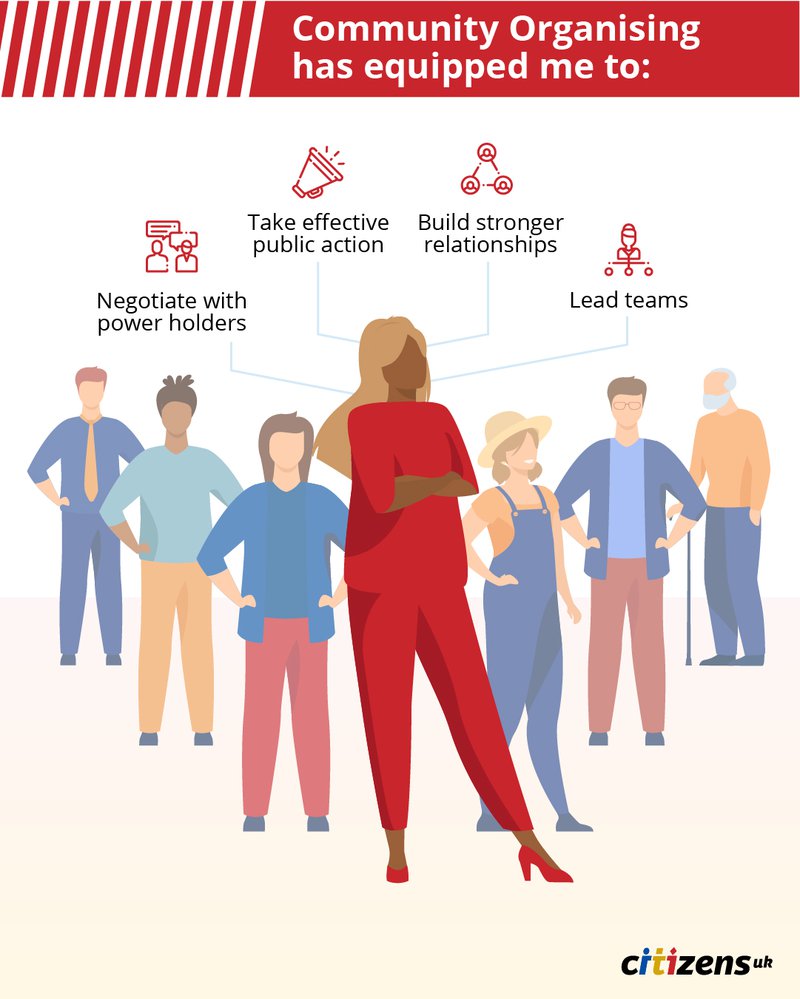 The report was authored by Dr. Jason Pandya-Wood, who is the Dean of the Faculty of Arts and Social Sciences at the University of Nottingham Malaysia. He said: “ We have long known that, in coming together, people can achieve positive change for their communities. Community Organising has had real tangible impacts, not just for communities, but also for the individuals involved. ”

Dawn Austwick, CEO at The National Lottery Community Fund, said: “Throughout this time of crisis, we have seen amazing efforts by neighbours, communities and charities to pull together and support one another. The findings from the Reweaving the fabric of society report, which was made possible by players of the National Lottery, offer a heartening insight into how people are being empowered to identify issues in their local communities and act together to tackle them collectively.

“As a sector we must now look to continue this and ensure we put people in the lead to build trust and leadership through place-based, community power approaches.”

Matthew Bolton, Executive Director at Citizens UK, said: “The Covid-19 crisis has taught us that it is the social fabric of relationships in communities that makes all the difference for how people can support each other and adapt to challenges. In places where people repeatedly experience change as something that's done to them – rather than something they are agents of - there's a real job to be done in building local control and ownership. Our growth project really demonstrated that getting involved in Community Organising can really help people to realise their own power to create change.”

Matthew Bolton continued: "With one in five people volunteering for a local membership organisation or mutual aid group, this study shows the huge potential of Community Organising for any organisation which invests in developing the leadership capacity of its members and volunteers.”

Community Organising is about harnessing the power of communities to make real change.