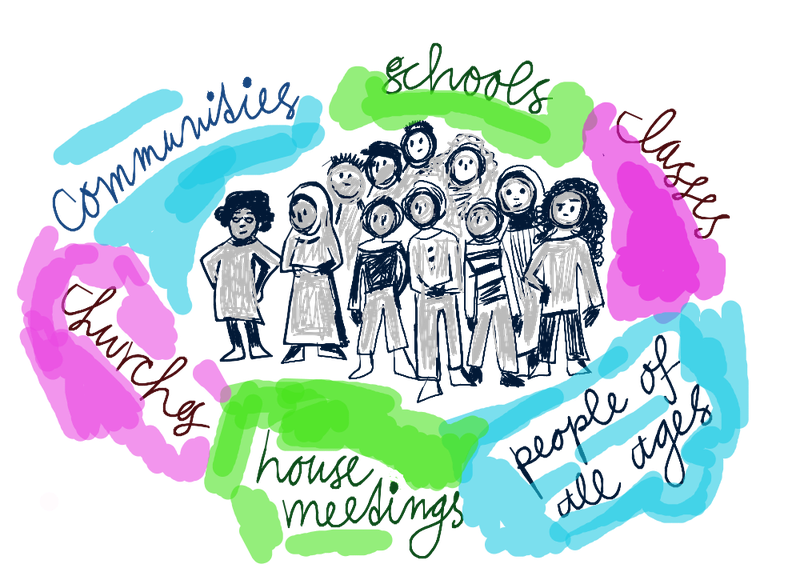 At our virtual community summit, NHS Mental Health Trusts and Local Authorities committed to action to limit the pandemic’s long-term impact on the wellbeing of South Londoners.

On Wednesday 16th June, 800 community leaders and decision makers came together to make specific commitments on mental health at the climax of South London Listens, a listening campaign that started last year.

Citizens UK and other community groups are working with the three NHS Trusts in South London (South London and Maudsley, South West London St George's and Oxleas) and 12 boroughs to help prevent a mental health crisis and ensure local people and communities recover from the pandemic together.

At the Summit, 32 community leaders spoke - giving testimony, presenting solutions and putting community asks to decision makers - with commitments to action made by 19 NHS and Local Authority leaders.

Speaking at the Summit, Ijeoma, leader from Creating Ground, part of Greenwich Citizens and one of the Summit Co-chairs said:

We have started to recover together. When we care, we listen - and when we listen we make change together.

I have given my time, but also my love, my spirit, lots of courage and all my faith that things can be better for us all. I would like to invite you all to do the same.

South London Listens has been a demanding but inspiring exercise. It’s clear that we have started to recover together but last night we agreed a roadmap that will ensure we continue the journey. The community organisations and leaders did a fantastic job in capturing the pressures that the pandemic has piled on the people we serve in South London and suggesting how we can address those pressures. Our responses to those ideas are the beginning, not the end, of making positive change together.

Through South London Listens, 6,000 people have helped us to chart a course to develop mentally healthier communities in South West London. This exercise has given us insights into the impacts the pandemic has had on our communities’ mental health and wellbeing and has given leaders tangible actions to take forward to address the challenges we face. We now look forward to playing our part in the programme’s next phase, and delivering on the pledges we have made.

NHS leaders were joined by Local Authorities who also pledged to:

Community leaders at the Summit also pledged to train up hundreds of local people as Mental Health Champions and to establish trusted local places such as churches, mosques, charities and schools as Mental Health Hubs.

South Londoners can sign up to become a Mental Health Champion here.

You can watch the video of the Summit here and see the slides here.

Mental Health Champions will receive training to help those suffering from mental ill-health. It could be as simple as taking the time to listen to someone who is stressed or anxious and passing on techniques to help them manage their feelings, to directing those with more serious problems to where they can get professional help.