On 28th April, over 5,400 community leaders from London Citizens gathered to secure commitments from the next Mayor of London on issues of justice that matter to us. Even though we couldn’t be together in person, we were surely together in spirit, joining from our homes and school halls, with a few leaders even meeting face to face with the candidates at Applecart Theatre.

We were joined by the top two mayoral candidates, Sadiq Khan and Shaun Bailey, who were engaged by people affected by the five priority issues from our London Citizens Manifesto 2021.

The Assembly was a mix of powerful testimonies, creativity and negotiation with the candidates. In a year where we have been physically distanced from each other, and when so many of our world’s injustices have been laid bare, it was vital to come together in order to win change for our city. It was a moment for people power to insert itself into the often predictable cycles of elections.

I tell my daughter, cockroaches here are looking for their mum. We look at the cracks in the wall and imagine a river, and imagine the damp as a sea… I hope if [one of you] becomes Mayor, you make sure children don’t have to live in conditions like this. Sara, leader from Shpresa Programme, members of Newham Citizens and Croydon Citizens, sharing her experiences of temporary accommodation

Sara’s story is a great example of how London Citizens can build the power of people experiencing injustice and bring an issue from the margins front and centre: both candidates committed to work on developing better standards for temporary accommodation for the first time in their campaigns.

This wasn’t the only win of the evening. Here are some of the other commitments we won that night:

Whilst we celebrate all the wins, the work does not stop here. The most important engagement on the night was for the candidates to keep working with Citizens UK to make these commitments a reality. Sadiq Khan committed to work with us "side by side, shoulder to shoulder, working together." We need to keep organising to hold the next mayor to account on these issues.

In the words of co-chair, Claudia Lopez, St Gabriel’s College, South London Citizens: “Democracy was never meant to be a one-off thing we do every couple of years. No, democracy is a Greek word which literally means ‘power of the people’".

There has never been a better time to renew our commitment to democracy in its true, fullest sense. We invite all of you to be a part of this change. It’s only "together we can!”

For a fuller list of wins and further write up of the assembly, read on.

The section opened with testimony from two people suffering in difficult housing situations. Sara from Shrepsa Programme shared her testimony with the candidates around how she had to make up stories to her young daughter to help her cope with poor conditions during lockdown.

John Paul Ennis, from the Advocacy Academy, put forward London Citizens' asks in this area and got commitments from both candidates to:

Candidates were hit hard by testimonies from Dwayne Francis and the London Citizens Youth Safety and Policing team, who expressed the need for a safer London and police accountability. Shaun Bailey committed to increasing powers and funding for community led Stop and Search monitoring groups. Sadiq Khan gave the London Citizens team recognition for their work with the Deputy Mayor on the MOPAC action plan and said he was keen to build on his work together with Citizens going forward.

Beverly Wong, a South London Parent Power Leader, put forward London Citizens’ asks in this area which were to:

We want to ensure that London is welcoming and safe city where people and their communities can thrive, regardless of their background, race or immigration status. In this section, we heard powerful testimonies by those from all over the world who now call London their home. 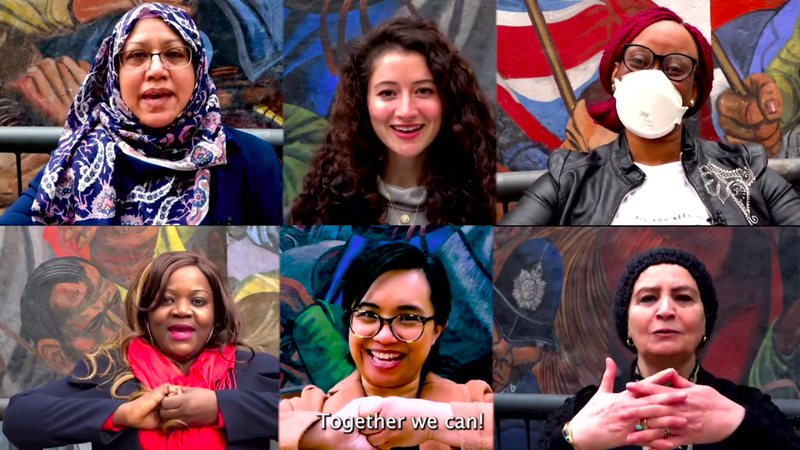 Averil Pooten-Watan, Parish Safeguarding Officer at St Barnabas Church, put forward London Citizens’ in this area and got commitments by both candidates to:

We have been fighting for wages that meet the real costs of living since 2001. United in the belief that no one should be working full time and still earning less than they need to live, we have changed the face of low pay in the UK. However, there is still so much to be done and we will not stop campaigning until every worker is paid the real Living Wage.

Nathan Chan, a teacher at St Antony’s Catholic Primary School, put forward London Citizens’ asks in this area and commitments were given by both candidates to:

It was great to get a commitment from Sadiq Khan who has worked together with us and the Living Wage Foundation during his last term to double the number of Living Wage accredited employers. He recommitted to work with us both on Living Wage and Living hours, stating: "Leadership from the top matters… I can guarantee that with me as your Mayor we will carry on working side by side to get more living wage employers."

Climate change is affecting communities globally and this is no different in London, one of the busiest cities in the world.

Damp, mouldy homes with poor insulation and high energy bills are unfortunately a reality for many living in the city. Alongside this, at least 340,000 homes have people living in fuel poverty. We refuse to let this be the norm, and recognise the importance of working to repair, restore, and protect our health, alongside building tens of thousands of new jobs.

In this section, we heard testimonies from a range of Londoners who believe enough is enough, including eight year old Noah in North London, who shared how London’s poor air quality is already affecting his health. Danna, a Mother Leader working with Parents and Communities Together (PACT) in Southwark, also shared how she does not want to choose between the planet and a warm home, calling for a London-wide housing retrofit programme. 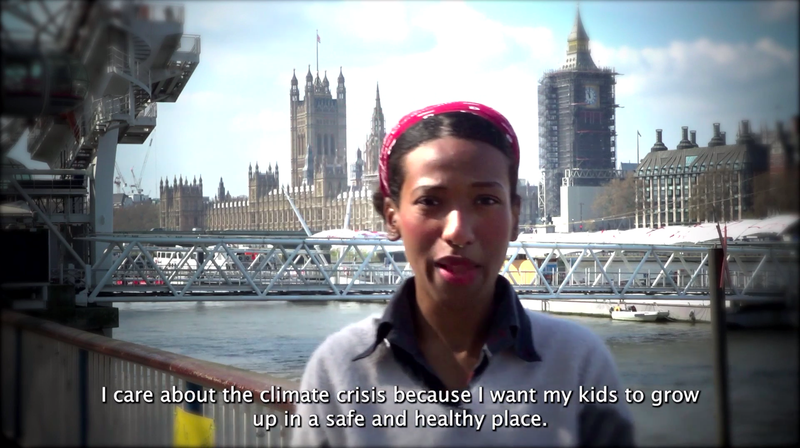 Egle Peleckaite, from Reach Children’s Hub Feltham, put forward London Citizens’ asks in this area, which were to:

Shaun Bailey agreed to creating a million jobs if elected of which a significant number would be green jobs. Sadiq Khan agreed to create 170,000 good green jobs and, when pressed, to publish quarterly numbers of his progress and work on increasing the number of homes retrofitted.