By showing how much we care and by trying to do our very best, by working with our neighbours and other organisations...hopefully the message will come clear, that this is our home too. Flutra Shega - Shpresa Programme

Flutra Shega is a co-founder of Shpresa Programme, a charity and core member of Citizens UK’s founding Chapter, East London Citizens, that supports Albanians in the UK She is an Albanian leader who set up the charity with Luljeta and another colleague after arriving in the UK.

We sat down to speak with her and other leaders ahead of this year’s Albanian Independence Day; a moment they are marking with both celebration - due to their 20+ years of Organising success - and action, in response to increasingly dehumanising language in the media and by politicians in recent weeks.

Here, Flutra describes how she began campaigning with Shpresa and Citizens UK, and reflects on the importance of solidarity in this difficult moment for the Albanian community.

How did you get involved in Organising with Citizens UK through Shpresa?

When I first came here my English was zero. But I was very good with my people due to my background, I was the founder of an Albanian school project. Lots of families believed in me but I didn’t have confidence until working with Luli [Luljeta] and Shpresa. She was my mentor, and still is my role model. She always says that we can turn little failures into strength.

And she has that vision and passion for partnership, building community and exposing your community to other opportunities. It was her vision to incorporate Community Organising and work with Citizens UK, which helped me see that I was very good at what I was doing and that many people were following me. It was the first stepping-stone for me not to be shy.

We have been very lucky to have been mentored by different Community Organisers who help you and your community raise your voice. But at the same time, they work with you to make the journey into campaigning, which is something new for our community. Citizens UK trains you, they are there for you, and they open the doors to lots of networking. It’s the best umbrella organisation I have ever come across.

We have been very lucky to have been mentored by different Community Organisers who help you and your community raise your voice. But at the same time, they work with you to make the journey into campaigning, which is something new for our community. Citizens UK trains you, they are there for you, and they open the doors to lots of networking.

On a personal level, working with Organisers like Emmanuel Gotora and Alistair Rooms had the biggest impact on my life and on Shpresa’s. Alistair worked with me on a 121 level and helped me get involved in lots of campaigns in Newham, like the one to get Albanian language registered as a GCSE. Citizens trained us and leaders from youth projects to approach head teachers and to tell them – with our voice and our stories – how important it is for students to have the chance to study Albanian language. Then these young people would come back to Shpresa and lead other young people in campaigning. 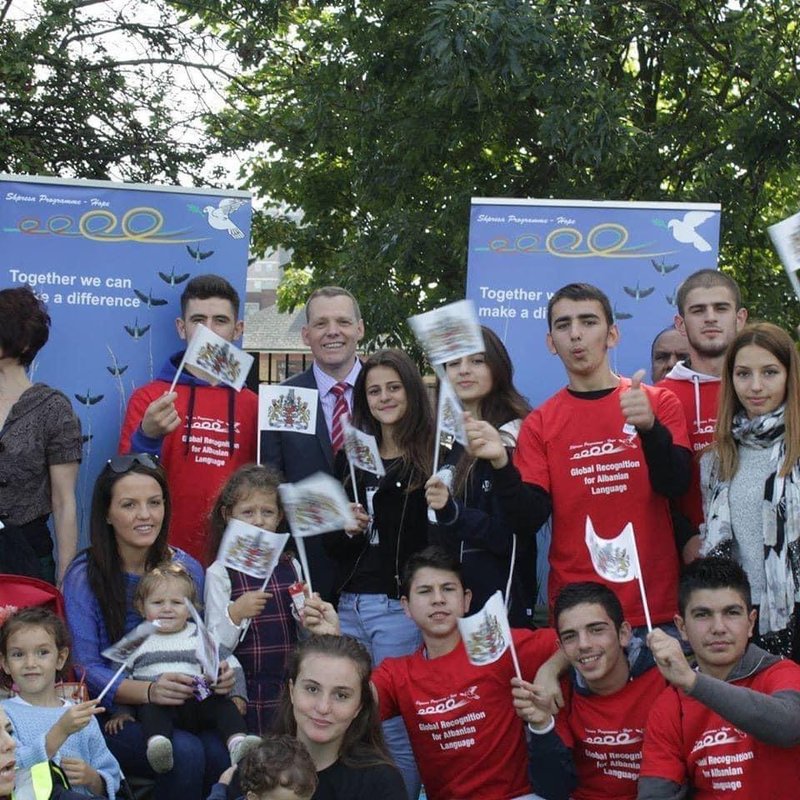 Which campaign are you most proud of?

I think the campaign I felt closest to was ending child detention. I have children and when we came to this country, we felt lost. I never went through the detention system and had lots of support when we came. But there were lots of families coming from Albania who were detained with their children and there was so much trauma. For those children to stay in a detention center in one room for more than six months or a year was very unjust. 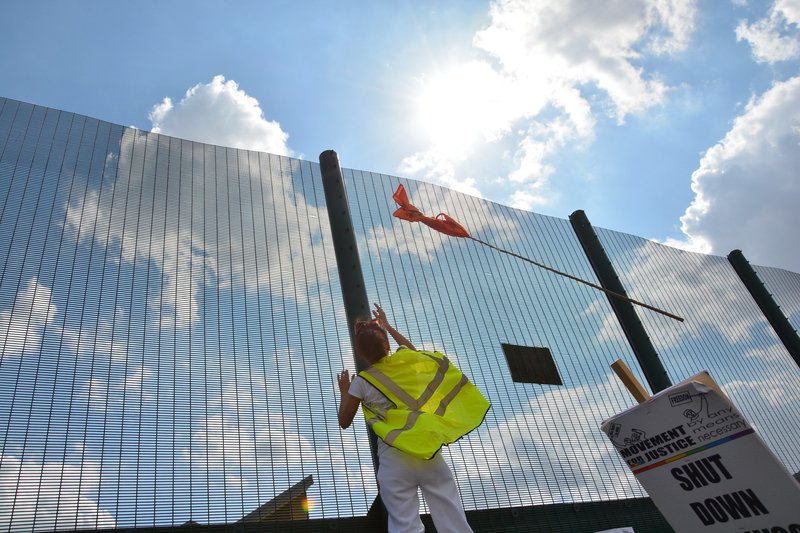 But when we started working with Citizens and talking about building power, our community very much believed something could be done – there was a change of mindset. We try to pass this to members of Shpresa, that if you raise your voice and work together, things can change. A lot of campaigns are in the place where they are due to Citizens UK’s and Shpresa’s support, and now we operate in eleven areas across London identifying the needs of our community.

Finally, why is solidarity with Albanian people more important than ever?

The situation is not good. You feel upset. You feel anger when you listen to politicians being hateful. Whether you voted for them or not, they are part of this Government and are choosing to put you in the middle of their failures. Scapegoating their failed policies at the expense of the Albanian community.

But at the same time, you don't want to answer and go back to them with that same anger. Because, as I said, this is our home too. We care. When you care for your home you don't want to ruin everything. So we tell members of our community we must act maturely. And by just showing how much we care and by trying to do our very best, by working with our neighbours and other organisations we show that not all Albanians are terrorists like the headlines might say.

Through our work hopefully the message will come clear, that this is our home too.

#WalkWithLuli is a fundraising campaign set up to support Shpresa following the devastating news of Luljeta’s terminal illness. Money raised will build on her incredible legacy by securing the dream of a home for the Albanian community.

If you and your institution stand with our Albanian neighbours, be a part of fighting back against harmful rhetoric by posting on social media in solidarity.

Click the button below to send our pre-written tweet, or write your own using the following messages and hashtags.

Hear from other Albanian leaders who have made Britain home