You probably know the story of Rosa Parks. You may not know about Abdul Durrant. Both of these Black leaders created change in different ways, at different times and in different parts of the world. But what did they have in common?

Citizens UK Executive Director, Matthew Bolton, explores the stories of these two powerful figures and how they altered history by being a part of bigger, community movements in his book How to Resist. 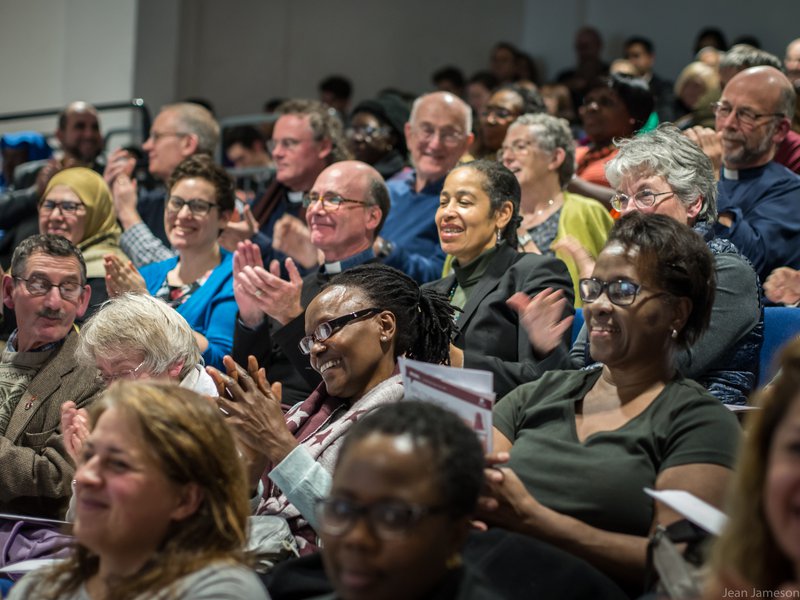 Let’s start with their stories.

“The story of Rosa Parks you probably know: the African American woman who famously refused to give up her seat in a bus when the bus driver asked a row of black passengers to move for a white man. Her arrest in 1955 gave rise to huge public outcry and started the Montgomery bus boycott. The boycott of public buses lasted 381 days and around three-quarters of the company’s passengers opted to walk instead. The young Baptist minister Martin Luther King Jr was appointed to lead the Montgomery Improvement Association, and help organise the boycott. After just over a year, the US Supreme Court ruled that segregation on buses was unconstitutional. It was a huge victory and turning point in the American civil rights movement. One brave woman setting in motion a campaign that changed the course of history.

The story of Abdul Durrant you probably don’t know: the black British Muslim man who worked nights as a cleaner at HSBC’s headquarters in Canary Wharf – that futuristic centre global capital, full of skyscrapers and jewellery shops. Every night he cleaned the offices of Sir John Bond, who earned £2 million a year a chairman of the bank. At the annual general meeting of the bank in 2003, Abdul came not as a cleaner but as a shareholder, having connected with others to buy shares and legitimate access to the company’s annual moment of public accountability. He stood up in front of all the investors and executives, nervous as anything, and said: ‘Sir John, we work in the same office but we live in different worlds. Let me tell you what it’s like to work on £4.50 an hour and bring up six children.’ This David and Goliath confrontation hit the headlines and within eighteen months, HSBC and also neighbouring Barclay’s had increased the pay of its cleaners. It was a turning point in the UK Living Wage campaign, which has lifted hundreds of thousands of people out of working poverty and changed the government’s approach to the minimum wage.”

What did these two brave leaders have in common?

“Rosa Parks and Abdul Durrant were both trained in campaigning. Both were leaders in social change organisations. Their actions were not spontaneous acts of individual courage, they were key moments, planned and orchestrated as part of ongoing strategies by a group of people who came together in order to effect change. While this may be inspirational, it is so singular and superhuman as to become almost inimitable, how could they just suddenly do something like that? The reality is something quite different…

Rosa Parks had been active in the civil rights struggle ten years before the bus action. She was secretary of the Montgomery chapter of the National Association for the Advancement of Coloured People (NAACP). She had been trained at the Highlander Folk School, a centre for Civil Rights activists. The Montgomery NAACP had been planning a bus boycott for at least a year and had been looking for the right person to be a test case to take to the courts. There had already been at least three other black passengers that year who has refused to give up their seats, but in those cases there weren’t the right ingredients for the strategy to catch light. With Rosa, however, it did.

In 2003, Abdul Durrant was a leader in The East London Communities Organisation, part of Citizens UK. He had been trained in leadership and public action by the Citizens UK Community Organising programme. Community Organisers has been in and around Canary Wharf for two years, meeting with cleaning staff and testing out potential leaders and possible actions.”

Why does this matter?

"These less well-known parts of the stories are important: the teams, the training, the planning, the failed attempts. It all starts to make a bit more sense. You realise that Rosa and Abdul were trained and part of organisations operating according to a method and a strategy. They were just two people who played a particularly prominent role alongside others. It makes you think: what role could I play? What organisation should I be part of and what method do I need to use?

When in the future people look back at the great moments of social change in the twenty-first century, who will they talk about? It could be you."

Inspired and want to get involved?