Reflections on Black History Month and our Community Organising roots

My 6-year-old came back from school the other day and, amidst the constant demands for snacks, asked me if I knew who Rosa Parks was. Delighted with the change of subject from ‘more hula hoops’, I asked him to tell me what he had learnt at school, and he told me the story so many of us learn of the courageous Black woman who refused to give up her seat on the bus, and through that action helped end racial segregation in the US.

It’s inspirational, but it’s missing an important part. Even in year two of primary school, I wish we would teach children (and adults) that the story of Rosa Parks is not the story of a lone brave heroine. She was a leader in the civil rights struggle, taking a calculated action as part of a collective strategy. She had been trained at the Highlander Folk School, a centre for Civil Rights activists, and Rosa and her branch of the National Association for the Advancement of Coloured People had been planning a bus boycott and legal test case for several years.

There had already been at least three other Black passengers that year who had refused to give up their seats, but in those cases, there weren’t the right ingredients for the strategy to catch light. With Rosa, it did. This untold part of the story is so important. Because it’s the truth, and because it helps us all to see that it’s not single-handed saints or one-off heroes that change the world. It’s people like you, my 6-year-old and I, working together, with a plan, over time.

Three weeks ago, we had 115 people on our 3-day Community Organising training, learning some of the same theory and tools for social change that Rosa Parks learnt at Highlander: Leadership, Action, Power and Citizenship. And some new teaching too, including a dedicated session on privilege and oppression that we’ve developed as part of our commitment to anti-racism and inclusion for people from all backgrounds.

At Citizens UK, we are fortunate to have an Organising method that has evolved over decades in the US and here in the UK, with influences from the trade union tradition, the civil rights movement, tenants and residents Organising and faith communities acting for justice.

Our sister organisation in the US, the Industrial Areas Foundation, praises civil rights movement leader Bayard-Rustin and his 1965 essay ‘From Protest to Politics: the future of the civil rights movement’ as key in connecting the civil rights movement to broad-based Organising, our model of social change in the IAF and Citizens UK. Bayard-Rustin argues for the long-term development of coalitions that bring working class African Americans together with other working-class ethnicities and with the middle class. He argues for multi-issue agendas that concentrate as much on the economic realities of jobs, wages and housing as on legal rights and protections. Some of that vision is embodied in a Citizens alliance: diverse coalitions committed for the long-term to multi-issue agendas.

The leaders from that recent training are now putting this method into practice, from local neighbourhood change to national campaigns, often with a direct link to racial justice which is unfortunately embedded in most today’s social inequalities.

Whether it’s Organising for better mental health provision for international students studying in universities, for the real Living Wage for care workers, or for long-term undocumented migrants to be able to gain citizenship and security, these are issues that disproportionately affect people from Black, Asian and Minority Ethnic backgrounds.

Black History Month is a good moment to reflect on the connection between the civil rights movement we learn about in school, current racial injustices, and the range of efforts being made to tackle structural racism right now – but this shouldn’t be refined to just one month and it shouldn’t be just learning. It needs to be action.

Schools involved in Citizens UK like Surrey Square in Southwark where students have been campaigning against immigration injustice and the Winstanley School in Leicester with its pioneering work on neighbourhood youth safety, show that it’s not just a moment to learn, it’s about a commitment to action. And just like the real story of Rosa Parks, showing that ordinary people working together is what makes change happen. 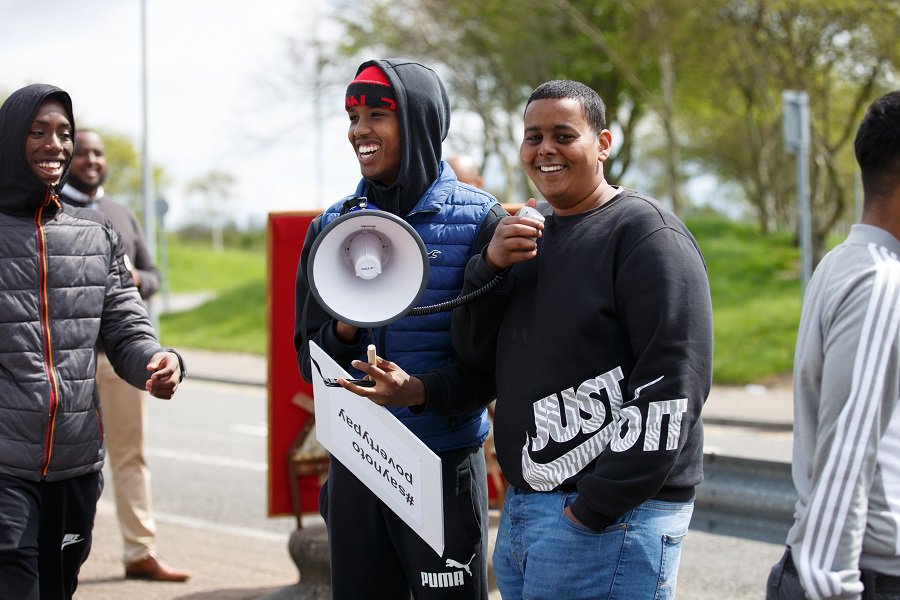